"Why Don't You Ever Say 'Native Speaker'?"

On FB Messenger the other day, a keen student noticed in my conversations I often avoid the particular phrase native speaker.

And she was right.

Her curiosity urged her to ask this intriguing, yet simple, question.

I smiled at her fascination and gave her my answer. Hopefully the reply will bring smile to your face as well.

In this post you'll learn why you'll almost never hear me say the term 'native speaker', and the term that I like to use.

Many Learners Use the Term Native Speaker As An Excuse

If you're a English learner, your responsibility is to practice and develop your understanding in English communication.

I often hear ineffective learners say excuses such as:

All of these are limiting excuses that don't help you practice or develop your understanding in English.

An excuse does two things:

To better explain this, let me use two real examples.

He'd often say “You know, the students don't like me because of my Afrikaans accent. You're so lucky, and get treated better because they all prefer an American accent.”

Because his excuse removed his responsibility, having a bad connection with the students is easier to accept and he never grew past that situation.

Another example is Latin Dancing. Dancing is a language.

Again, these disempowering excuses shift the reason why my friend can't dance from his effort to where he was born or the color of his skin. Also, the excuse doesn't move him to action to improve his ability to dance.

Back to main point, I often don't use the term 'native speaker' because English learners use it as an excuse as to why they can't improve.

To my next point.

You're Not Defined by What You're Not

In the English Language learning world, when people use the term native speaker, it's assumed that everyone else is a 'non-native speaker'.

You're not defined by what you're not.

For example, do I go around saying "I'm a non-Chinese"?

You're awesome. Believe that. 😉

The awesome part about life is that you can build your definition of yourself.

For my students, I don't call them 'non-native English speakers'.

That just never made sense to me and it's very disempowering.

So that brings us to my last point.

She asked me, “Teacher, if you don't call them non-native speakers, what do you call them”?

There is a quote I often say.

“Life happens and we give it meaning. Always choose the empowering meaning.”
~ Marcus Aurelius Higgs

"I call them 'People who've learned English as an additional language.'"

It may be longer, but it feels like a better description in my opinion.

Every day I meet people who speak English as their third or fourth language. And they speak it very well. I know teachers and learners from all around the world, from Argentina, Brazil, from any country, Japan, China, where they learned English and communicate very well; because it's a skill.

Because it's something that they gave their attention and their time too.

The phrase ‘non-native speaker’ is just so empty.

When you say you've learned English as an additional language, for me, that's praiseworthy and honorable.

Learning something takes a lifetime, so the earlier you start, the longer it will take.

Learning something takes a lifetime, so the earlier you start, the longer it will take.
~ Marcus Aurelius Higgs

That said, be proud that you're learning it as an additional language.

I encourage you to continue.

Also, if you're so inspired, join me in not using the term ‘non-native speaker’.

She sent back this reply:

Just to recap why I usually don't say the term native speaker is because:

These are just my thoughts. Do you think I'm being a bit unrealistic or do you fully agree with me?
Let us know your thoughts. Drop them in the comments below. 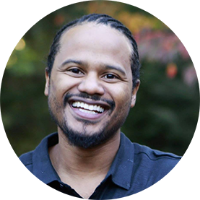